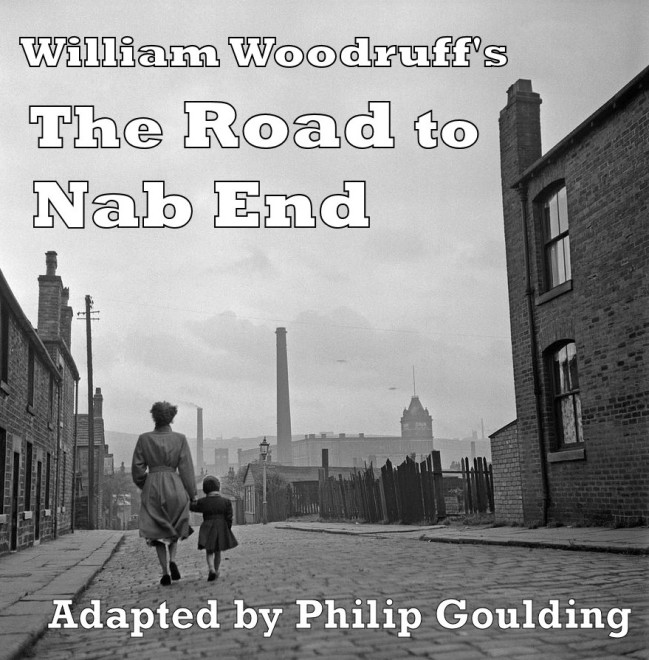 An adaptation of William Woodruff’s bestseller The Road to Nab End, an evocative rags-to-riches memoir of growing up among the cotton mills of Great War Lancashire. Woodruff’s book was acclaimed by Eric Hobsbawm as “rich in characters, facts, atmosphere, and indomitable spirit - absolutely fascinating as social as well as family history” and described by Robert McCrum as “a terrific story: nostalgic, vivid and charming.”

William Woodruff's memoir of a mill-town upbringing during the great depression was partly responsible for the publishing industry's discovery that poverty sells. Given the worldwide success of the book, it's surprising that no one has attempted a stage adaptation until now. Philip Goulding has undertaken the task of turning 400 pages of reminiscences into a satisfying dramatic structure. The arc of the narrative traces the family's rise to a house with a flushing toilet, and ignominious descent to the boarding house at Nab End. But the hardship is never sentimentalised: in one of the most moving episodes, Woodruff's grandmother, determined not to accept charity, puts on her "best feathers" before taking flight to the workhouse. Kevin Shaw's fluid, enjoyable production is filled with finely observed detail. A real charmer.  (The Guardian)  ☆☆☆☆

Philip Goulding’s adaptation is nothing short of superb. It takes a hugely talented ensemble to stage something as good as this, which teems with life, is crowded with incident and brims over with high emotion. Director Kevin Shaw has a triumph on his hands with this world premiere. (The Stage)

Philip Goulding has crafted a moving adaptation filled with memorable characters. Engrossing, funny and poignant. All the humour, the misery, the hopes and despairs of the Woodruff family are brought to life in a believable way, reinforced by a touching and ironic use of music. A memorable book has been transformed into really good drama. (Clitheroe Advertiser)

The pavements are laid with theatrical gold in Kevin Shaw’s excellent world premiere of William Woodruff’s autobiography The Road To Nab End. There’s a multitude of memorable characters and a seamless flow to Philip Goulding’s earthy adaptation. Even hard men may struggle to prevent moist eyes as the realization dawns that this is history, not fiction. (Reviewsgate)

Philip Goulding has adapted a charming book into a warm, funny and deeply moving look at life in a northern mill town. (Lancashire Telegraph)

Humorous and touching, fresh and authentic. (What's On Stage)

Goulding successfully weaves a fascinating tale of a young boy’s life, his aims and ambitions, and the tough times of local mill workers’ lives, and presents us with a vibrant, life-enhancing story filled with every human emotion. (Fictionmaker) 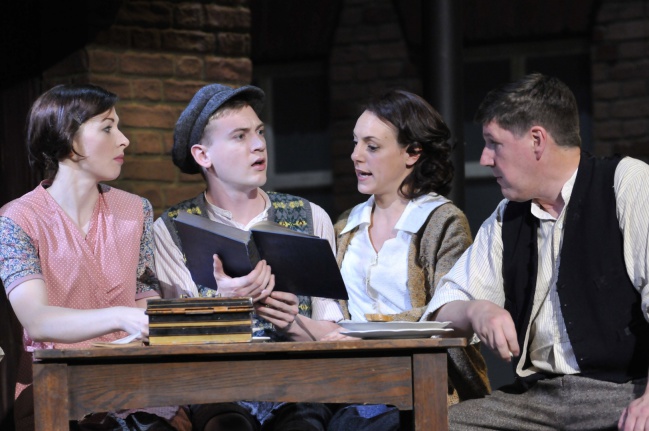 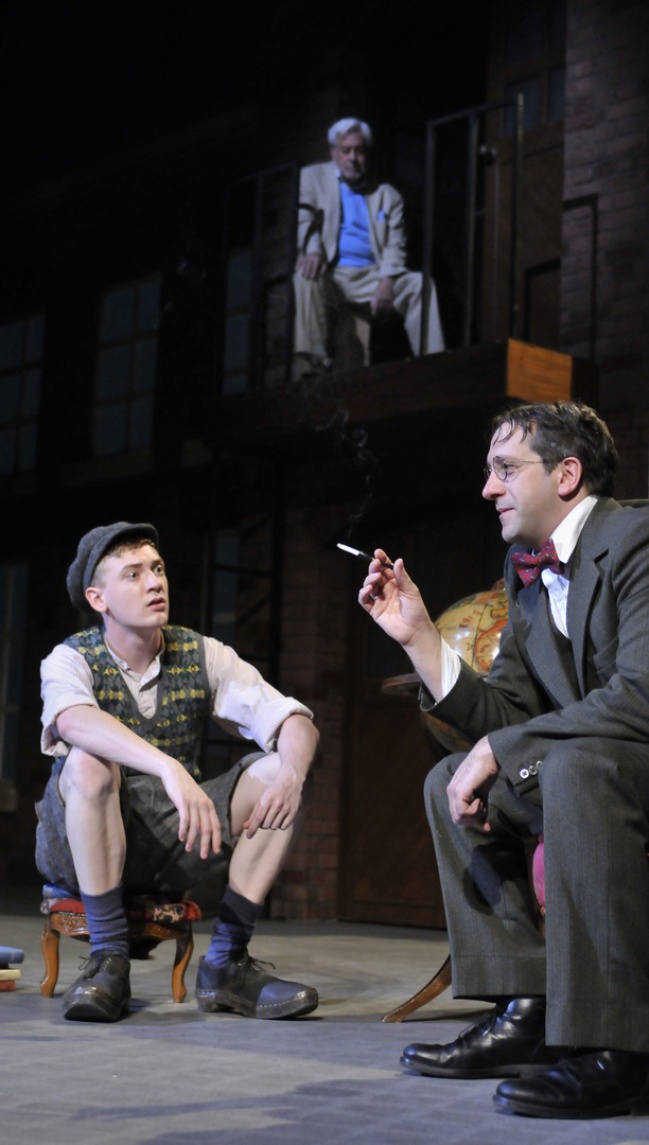 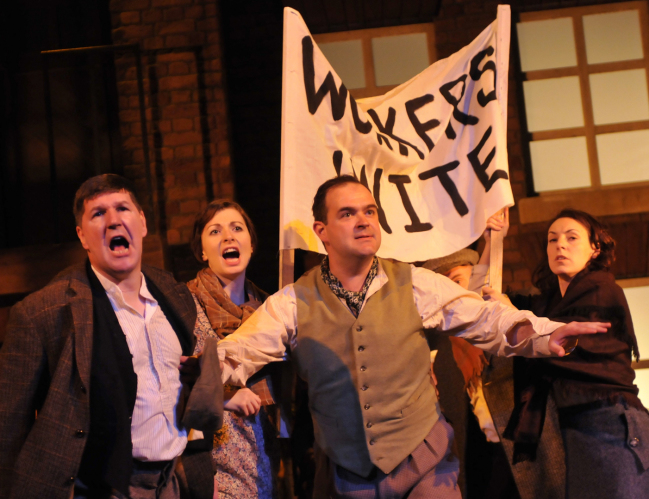 Chris Chilton as Patrick Murphy leads the march through the streets of Blackburn in The Road to Nab End at the Oldham Coliseum, 2010. Photograph by kind permission of Ian Tilton.

To inquire about rights and availability relating to professional productions of The Road to Nab End contact: