To inquire about rights and availability relating to professional productions of

Beguiling production with a message that everyone deserves a second chance. Philip Goulding's play is an enticing piece of understated but effective writing.

Since the death of her trawlerman husband, Margaret has developed obsessive rituals, including unplugging all unused electrical items, replacing lids, and closing cupboards in case a protruding drawer upsets the balance of the universe. Such routines enable her to maintain the insularity of her life, but do not equip her to deal with the sudden appearance at breakfast of a big, bristly American in his boxer shorts. Milton – raised in the mountains and seemingly descended from a bear – is a landscape enthusiast who has followed his hero, the fictitious painter Franklin Bowden Broome, to a small fishing town. Grieving Margaret has not been looking for a lodger, still less a lover. But there's something about the genial, weatherbeaten interloper that intrigues her, despite the fact he drips all over her carpet. Kevin Shaw's beguiling production features excellent work from Christine Cox's Margaret, whose constipated expression unclenches as the genial charisma of Robin Bowerman's Milton gets to work. Samantha Power makes a marvellously provocative catalyst as Margaret's daughter, who fearlessly removes lids, open drawers and dismisses her mother's Daily Mail as "a kind of danger-of-death manual" for neurotic housewives. It leaves you with an optimistic sense that everyone deserves a second chance at happiness, allied to a slight anxiety about whether you turned the gas off before you came out. (The Guardian)

Love in middle age can be tricky. Playwright Philip Goulding has created a touching new take on it in A Fine Bright Day Today. The play is about the fears and joys of a new relationship, and all the risks that seeking the unknown can bring. It’s also about all the wounds that time has never healed – beautifully explored at the close of the first half as Margaret and Milton drink too much wine together. (Manchester Evening News) 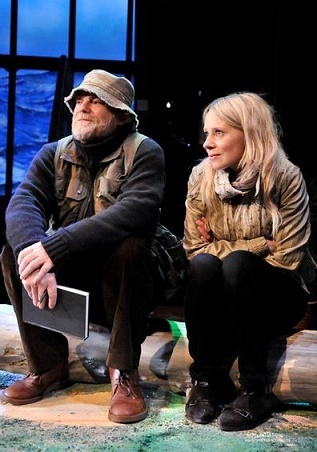 Philip Goulding’s quietly reflective and dignified, poignant three-hander. An enigmatic love story, it is certainly compelling under Kevin Shaw’s taut direction, which brings out all its quirky vitality and extraordinarily powerful evocations. (The Stage)

Goulding has come up with a tender examination of how three people cope with potentially life-changing situations. It's an intricately observed piece…charming, warm and engaging in equal measure. 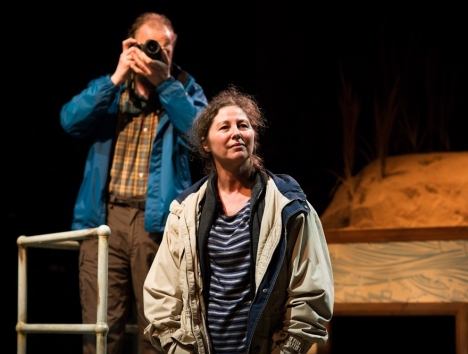 Painter Milton is in England, tracking the travels around the area of a fictional American predecessor, when social worker Rebecca nudges her mother Margaret into taking him to be a lodger – a personal rather than professional match-up. Initial awkwardness is explored and overcome through a series of well-pointed scenes. So, arriving in the rain, Milton takes off his boots yet Margaret awkwardly lays down newspapers for him to tread on, preserving her floor. At his final return, it’s raining again, but by now his presence matters more than her kitchen. It’s writing to sit back and enjoy - there’s a lot of skilled story-telling and character consistency, all making the quiet action constantly believable and involving. The social background is quietly made clear; the fishing industry is as much in the past as Margaret’s trawlerman husband – she proudly insists on the precise word for the family occupation - while Rebecca’s occupation is the growth industry. Each performance shows someone dead right in their place. Hugh Simon’s diffident politeness as Milton seems made never quite to come to the point with Margaret, whose daily struggle is evident in the resilient yet gradually eroded energy of years surviving alone implied in Janine Birkett’s seemingly effortless performance, while her loving yet defensive relationship with her daughter, more energetic in Hayley Doherty’s performance, is equally convincing and involving. Fine and bright as a play and production could be. (Reviewsgate) 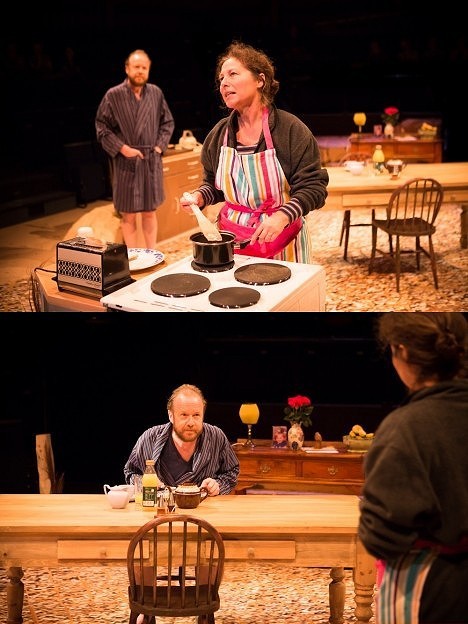 Philip Goulding's script has warmth and wit. Always vibrant and engaging. This gentle, touching drama is laced with humour. (The Staffordshire Sentinel) 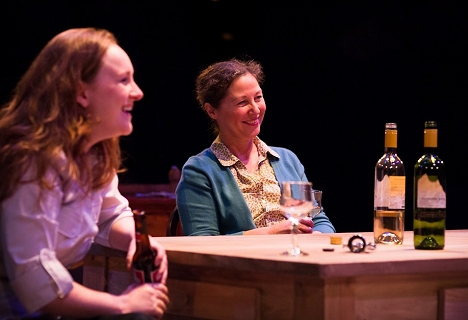 Hayley Doherty as Rebecca with Janine Birkett as Margaret in A Fine Bright Day Today at The New Vic Theatre. Photograph by Andrew Billington.

A Fine Bright Day Today is a good piece of writing – a charming family love story full of warmth and humour. It deals with aging, loneliness, loss and expectation in a simple but affecting way. You know it’s all going to turn out well in the end, but you’re still relieved when it does, such is the unlikely allure of Goulding’s convincingly flawed characters. (The Public Reviews)

A trawl for love worth catching... a thread of humanity runs throughout. You root for a happy outcome, though it remains a cliffhanger until the very end. (Reviewsgate) 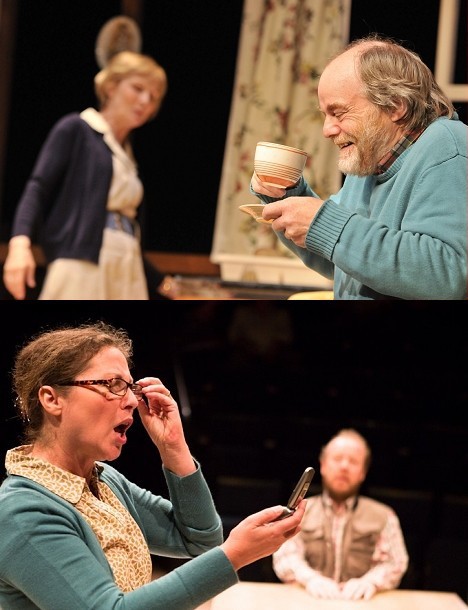 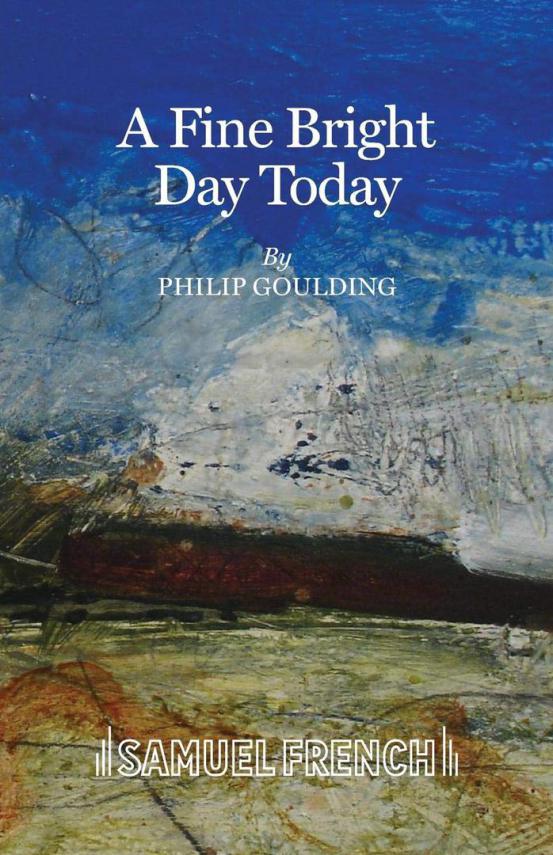 Cover painting on above book: detail from Very Autumn by Lewis Noble.

To inquire about rights and availability relating to professional productions of A Fine Bright Day Today contact:

To inquire about rights and availability for UK amateur productions of A Fine Bright Day Today contact the publisher: