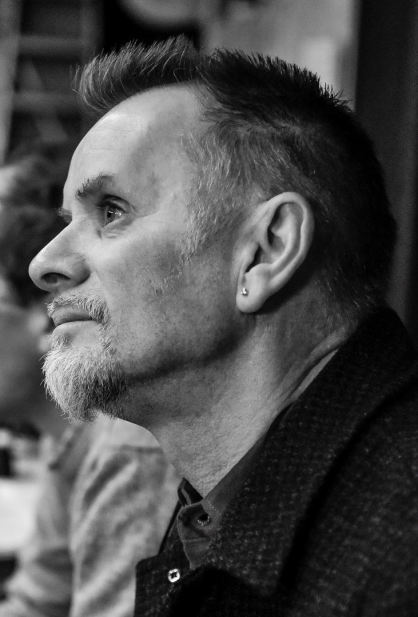 A Fine Bright Day Today and The Titfield Thunderbolt are published by Samuel French Ltd.

Went Down to the Crossroads and The Mayor of Casterbridge were published in the monthly theatre magazine Plays International.

He was co-writer of the BBC documentary Deadliest Crash: the Le Mans 1955 Disaster (Bigger Picture Films).

For radio he has written Unexpected Vonnegut - an adaptation of Kurt Vonnegut's story Who Am I This Time? for BBC Radio 4 and A Fat Man Eats the Moon and The Dilemma for RTE (Dublin).

In 2015/16 he was, with Richard Hurford, co-writer in residence at the National Railway Museum.

Other projects include For the Fallen - an evening of WWI drama, poetry, choral music, and dance - curated with Maddy Hudson (York Theatre Royal 2018), and, with choreographer Hayley del Harrison, a dance piece for young audiences - Carnival of the Animals.

To inquire about rights and availability relating to professional productions of any of the plays featured on these pages contact:

To inquire about rights and availability for UK amateur productions of The Titfield Thunderbolt or A Fine Bright Day Today contact Concord Theatricals.

To inquire about the rights and availibility for amateur productions of Whisky Galore contact Nick Hern Books.