2009 celebrated the International Year of Astronomy, the 40th anniversary of the moon landings and the 200th anniversary of the death of Haydn - composer of The Creation. To mark these significant events, the BBC commissioned Salford-based composer Alan Edward Williams and librettist Philip Goulding to write a 21st century vocal work that reflects our present understanding and scientific knowledge of the creation theory. Following extensive research in astrophysics and cosmology, Alan and Philip created a large-scale, multi-media vocal work that offers a fitting and timely companion piece to the celebrated Haydn oratorio. Although the work tacitly addresses debates about religion and creationism just by being an oratorio (conventionally a work on a religious theme); one of the main emotional subtexts to the piece is the question of how we can be consoled without presupposing a benevolent creator. It’s in her wonder at the beauty, complexity and - as Philip Goulding writes – 'magnificent desolation' of the universe that the character of Thea, an astronomer, finds her consolation.

Haydn wrote his oratorio to celebrate God’s creation of the world (“Let There Be Light…..”). Wonder uses the magical aesthetics of music to express the complex science of Astrophysics. Alan Edward Williams’ music and Philip Goulding’s libretto answer Haydn with a scientific account of the origins of the universe, from the Big Bang, the expansion of the universe and the creation of the first stars, through to the creation of life. This grand theme – expressed by orchestra and chorus – is balanced by a dialogue between Thea and her student Marcus, as Thea confronts her imminent death from cancer and Marcus ponders her life and memory:

MARCUS: Though it might make no sense to you / Now you’re gone I wonder where you are…

THEA: My love, my words are on the wing / Blown by the wind, like the seeds / Of a dandelion clock…

The music worked its way through richly scored episodes, cleverly done percussion and myriad choral effects. Williams's choral writing was very evocative and artfully done, while his dark orchestration was very much in keeping with the subject matter. Mezzo Sian Menna deliciously wrapped her lips around the words, easily making her performance the highlight of the evening. (Musical Opinion) 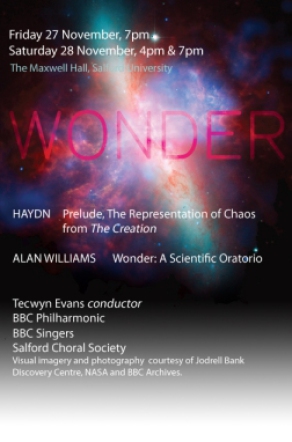 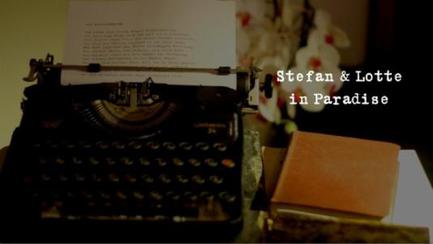 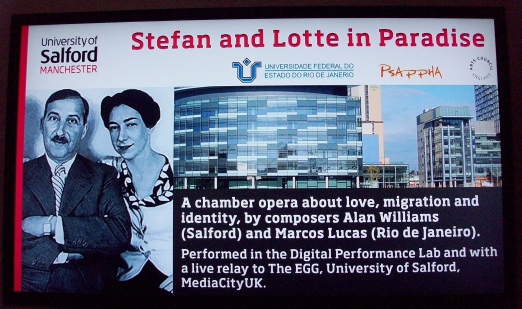 Commissioned by the University of Salford, Stefan and Lotte in Paradise is a one-hour chamber opera, written by English composer Alan Edward Williams and Brazilian composer Marcos Lucas, which chronicles the last few months of the life of Austrian Jewish writer Stefan Zweig and his wife Lotte, who both committed suicide in 1942. At one time the most translated author in the world, Zweig was forced to leave Austria in 1934 soon after the rise to power in Germany of Hitler, living in England and New York before moving to Brazil in 1940. The libretto for Stefan and Lotte in Paradise was written by prize-winning playwright Philip Goulding and deals with the themes of persecution, migration and exile, while the music includes fragments of Zweig’s hand-written scores housed at the British Library; Klezmer, an Eastern European Jewish folk music style; and Brazilian sounds. 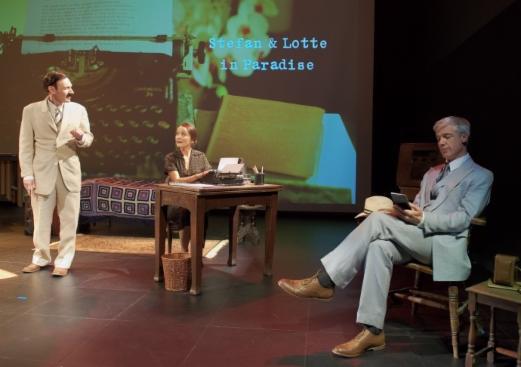 EXCERPT FROM THE LIBRETTO

Stefan Zweig and his friend and neighbour Dr Ernst Feder are discussing Zweig’s collection of musical ‘autographs’ or original manuscripts.

STEFAN: And music - once such a source of pleasure - now remembering Haydn invites torture. That once I held his undying melody in these two hands. My manuscript collection - I shall not speak of it further - or think about it scattered to the winds! Of music alone: a cantata by Bach; the aria of Alceste by Gluck - and one by Handel. Brahms’s Zigeunerlieder, Chopin’s Barcarolle, Schubert’s immortal An die Musik. Of Mozart - amongst others - the immortal Veilchen, and from Figaro Cherubino’s aria. And as for Beethoven – the master of them all...

FEDER: (Interrupting) Music, Stefan, surely, lives in the air. You cannot feel it on the pages of those grubby manuscripts. It does not hide on Ludwig’s laundry-list, or exist in that lock of his hair. Music is momentary: it is – then is not there.

STEFAN: It was the mysterious I was seeking – don’t you see? Genius. Intuition. A moment, yes - of transition. A verse, a melody – emerging out of the invisible - once and for all - to be fixed in perfect form.

The Briton Alan Edward Williams, born in 1970, composes in very British style. His Divers Winged Creatures self-consciously draws on the island's continuously renewed history of vocal music. Owl, jay, bees, blackbird and angel are the winged beings to which the composer pays homage. Philip Goulding wrote the texts for him, and the symbiotic result is not just onomatopoeiacally illustrative, but goes a step further. A surreal magic hovers over this work, located somewhere between a witty madrigal, an organon, and impressionism. Time and again the rascal is glimpsed just round the corner, and it's then that Willams is at his strongest. The British composer shows himself to be an old-fashioned writer in the postive sense of the term. He makes splendid use of the devices and little tricks of the ancients, builds layer upon layer of polyphony, and lashes his piece tightly to the here and now - with noises, scintillating harmonies and flexible metre.

By the bounty of the Lord
As he saw angels

Flying heavenward
With the soul of Irish Aidan,
Over the hills at Lammermuir.

When they come unto us

A light shall fill the room
And such sweet fragrance shall surround us
And heav’nly music shall be heard.
And we shall see angels

From the mouths of the dying they emerge
Taking the form of voices.

Shaped as spheres or tiny figures
These are all angels

As to paradise ascending:

Between you and me he’s

Any chance he can.

Lend this blatherskite an ear

He will bend it

Tell this kibitzer a secret

From tree to tree

From bush to barn

Between you and me, he’s

Ev’ry chance he can.

A song cycle for Soprano & Piano

12 Storeys High is a new song cycle bringing together popular and classical traditions of songwriting. Composer Alan Edward Williams teamed up with poet and playwright Philip Goulding to produce a modern song cycle. Each individual song depicts a different character living in the same 12-storey block of flats in contemporary Britain. The writers have created a genre that draws as much from the Smiths’ How Soon is Now or the cinema of Kieślowski as it does from Schumann’s Dichterliebe, or Schubert’s Die Schöne Müllerin.

IN THE FIRST PLACE

In the first place there is love.

They may not be here long

But will remember:
The knocking pipes,

The tap that drips all night.

In the first place there is love.
Things will not be the same again

The poems he writes

The spring in his step
When she’d say

These days are ours

And we are happy here.

And we are happy here.

Listen to some of 12 Storeys High and Divers Winged Creatures: 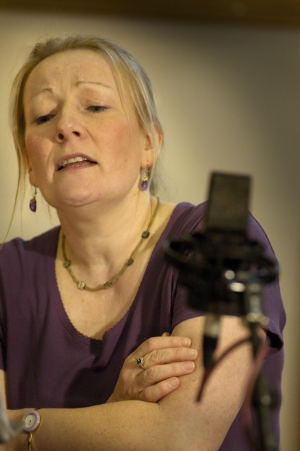